In this post we update our measures on the gender balance in referendum coverage for the sample period (6 May – 15 June).

Table 1 shows the cumulative proportion of men and women for the entire sample period, confirming the dominance of male participants in TV and press coverage.

Table 1: Overall proportion of men and women in print and broadcast media

Table 2, differentiates these figures by media sector and shows the highest gender inequalities were found in press coverage.

Figure 3 compares the prominence of women over the 6 weeks of the campaign so far. 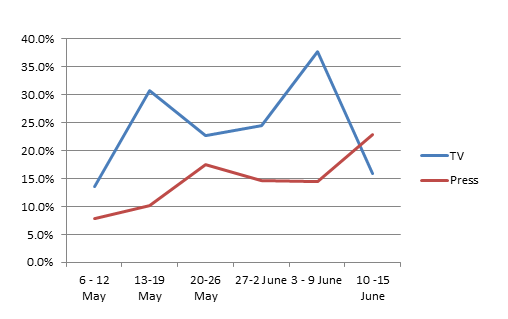 Figure 3: Prominence of women in TV and press by sample week

Figure 4 compares the proportion of quotation time and length that women accounted for on TV and in the press for the entire sample period. 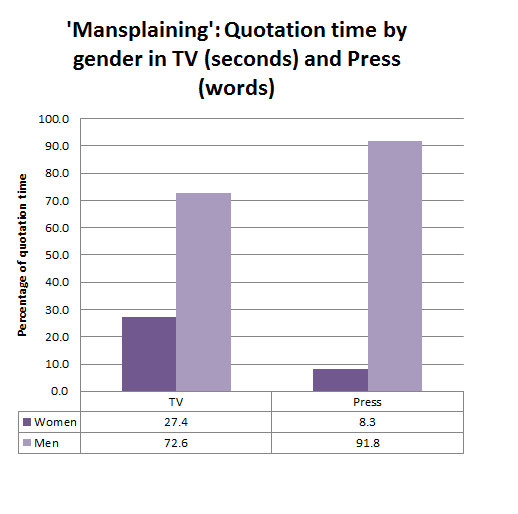 Despite gender becoming a hotly debated issue in the opening weeks of the campaign when Harriet Harman accused broadcasters of ignoring women’s perspectives, the representation of women in the debate has remained stubbornly low. Even when the various campaigns sought to feature more women, this appears to have had negligible impact on the news coverage.

Strikingly our analysis of the week following the ITV debate which featured 5 women prominent campaigners from both sides, the relative prominence of women on television actually plummeted on television for reasons which remain unclear.

Other events, such as the high profile funeral of Muhammad Ali and the homophobic attacks in Orlando competed for space with the Referendum campaign during this time but it perhaps suggests that TV failed to cover this particular debate in much detail. The press on the other hand did cover the event, which might go some way to account for the increase in the prominence of women during that week.

As our previous reports have shown, Priti Patel has consistently been the most prominent woman in the campaign. The absence of high profile cabinet ministers like Theresa May and Nicky Morgan is particularly interesting. Given the prominence given to immigration during the campaign it seems reasonable to expect that the Home Secretary might have something to say about it and yet over the 6 weeks she has only appeared in our sample 23 times.