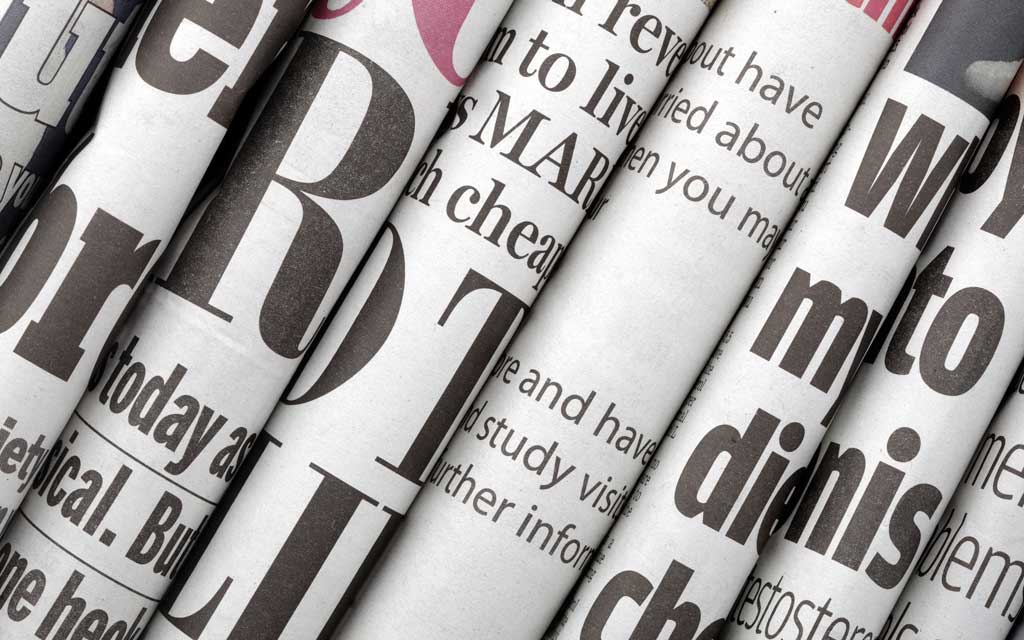 This is the second report by the Loughborough University Centre for Research in Communication and Culture on national news reporting of the 2016 EU Referendum.

The results in this report are derived from detailed content analysis of news coverage of the EU Referendum produced on the weekdays (i.e. Monday to Friday inclusive) from two sample periods, 6 May – 18 May & 19 May – 1 June 2016, from the following news outlets:

We analysed all EU Referendum related news found in the entire duration of all the above named television programmes. For the press, we included referendum news found on the front page, the first two pages of the domestic news section, the first two pages of any specialist election section and the page containing and facing the papers’ leader editorials. Two inter-coder reliability tests were conducted to check the robustness and consistency of these measures.

The report has four sections, assessing:

This report both compares differences between our two sample periods (6 May – 18 May & 19 May – 1 June) and examines overall trends in coverage for the entire sample period. In terms of the former, our results show:

These changes in the coverage should not be overstated. One of the most noticeable finding from this further analysis is the stability of the trends noted in our first report. In both press and TV, this remains a narrowly constructed and sparsely populated debate, dominated by Conservative party sources and disagreements. Thus far, the EU media referendum is as much about ‘blue on blue’ as it is about ‘leave’ or ‘remain’.

This section examines the issue agenda in the reporting of the referendum during the sample period. What issues have dominated coverage so far, and what have failed to attract much attention? And has there been any shift in the media agenda in the period covered in our first sample report (6 – 18 May) and this second report (19 May – 1 June).

Table 1.1 shows the most prominent issues reported across the entire sample period in TV and press coverage.

Note: Only the top ten most frequently covered issues are included in this table. Up to three issues could be coded per news item. To be coded, an issue reference needed to occupy at least THREE FULL SENTENCES in an article, or 10 SECONDS of broadcast time. Where more than three issues were addressed, the most prominent were coded.

Table 1.2: Comparison of the ten most prominent issues by sample period

Three issues – referendum process, economy, and immigration – continue to dominate referendum coverage, accounting for around 60% of all coverage. The prominence of these issues, in particular immigration, has also influenced the relative prominence of other issues. For example, the increase in discussion of health and health care provision is partly explained by discussions about what impact migration trends will have upon the NHS.

Over recent days, concerns have been expressed within the Labour party that its ‘distinct agenda’ on membership of the EU is failing to gain much public visibility. In media terms, it is clear that many of the issues foregrounded within this agenda, such as the environment, employment rights, women’s rights and social security are either absent or marginal. These patterns are consistent across TV and press coverage.

This is clearly a campaign fought on a very limited number of issues and it is difficult to see this changing in the last weeks of the campaign with the IN campaign stressing economic grounds for remaining and the OUT campaign emphasizing the issue of immigration.

Analysis of changes in the issue agenda during the two sample periods, suggest the OUT campaign has gained some momentum over the recent period. Several issues upon which they enjoy a lead over the IN campaign (according to opinion polls) have become more prominent in media coverage such as immigration, UK sovereignty, EU corruption, and health care provision. Having said this, coverage of business and economy issues has retained a steady position as the most prominent substantive issues reported on TV and in the press

As the referendum poll approaches, more news coverage is being apportioned towards public opinion and the attempt to ascertain what citizens are really thinking.

This section examines which individuals, organisations and institutions received most media coverage for the sample period. Table 2.1 shows the top ten most frequently reported individuals for the second sample period.

The Referendum debate continues to be dominated by Conservative politicians with David Cameron and Boris Johnson switching places for this sample period.  Johnson’s slight edge over Cameron last time has been replaced with a more substantial gap in favour of the Prime Minister.  The debate remains very much an internal party battle.  George Osborne retains third place in the rankings reflecting the significance IN strategists attach to the economic arguments for the UK staying within the EU.  But apart from Cameron and two of his potential successors it is noticeable that all of their other party colleagues who appear in the list are OUT advocates.  Aside from the Prime Minister and Chancellor the only IN supporters in the rankings are the President of the European Commission and Scottish First Minister.  Nicola Sturgeon’s appearance and that of OUT campaigner Priti Patel ensure women representatives appear in the top ten for the first time, albeit at the bottom of the list.  Retaining his fifth place Nigel Farage continues to receive some media attention, particularly when compared with his own UKIP colleagues.  Farage’s coverage outstrips that of rival opposition party leaders such as Jeremy Corbyn who drops out of the top ten.  Other party representatives continue to be pretty much ignored.

(Note: Up to five actors could be coded per item. Where more than five were featured, the most prominently quoted and positioned were coded.  Percentages have been rounded and totals may exceed 100)

The dominance of the Conservative party in providing rival spokespeople to promote the IN and OUT causes is only partially matched by the appearance of other protagonists in the guise of representatives of the public, albeit on TV rather than in the print media.  This development reflects what appears to have been a concerted attempt by the major broadcasters to report the views of citizens in news bulletins who feature far more prominently than they did in the first report.  Consequently the coverage afforded Conservatives and members of the public dwarves that devoted to representatives from all other parties combined.  Labour’s presence has flatlined in the press and faltered in TV coverage. Although UKIP is a presence in the campaign it is marginal when compared with that of OUT campaigners from the Conservatives.  Similarly longstanding advocates of the IN position from parties other than Cameron and Osborne’s are largely marginalised figures.  Media appearances by famous individuals including Sir Ian Botham underscore the jump in coverage of celebrities.  By comparison business and expert commentators continue to attract some attention and presence in the news.

Other public and private sources are also struggling to make much of an impression on coverage. Business sources and experts/ think tanks have sustained a significant minority presence, but commentators from trade unions, NGOs and the public sector received little attention.

Table 3.1 compares the relative prominence of women to men across all coverage from the first sample period with the second sample period. The results show there has been a modest increase in the coverage afforded to women (see also the first appearance of women in the ten most featured figures in coverage). Nevertheless, they continue to be peripheral to media reporting of the campaign.

Table 3.1: Relative prominence of women to men across time

Table 3.2: Relative prominence of women to men by group

The most marginal group were women politicians who were outnumbered by their male counterparts by almost 10:1.

After much discussion on the marginalisation of women by both campaigns in the aftermath of Harriet Harman’s complaint to Ofcom on 23 May, there has been a small increase in the prominence of women in the campaign. At least part of this increase was the result of the ‘process coverage’ generated by the reporting of Harman’s intervention and the wider debate it stimulated. Whilst not denying the importance and value of discussing this issue, it also demonstrates the scale of gender inequality in routine coverage, as it contains the implication that women are more likely to be considered relevant when talking about themselves rather than the wider issues. This point is reinforced by the findings in table 3.2, which show business sources and experts are overwhelmingly male. TV news coverage manages near gender parity in the presentation of citizens, but this is not replicated in press coverage.

It is in the party political sphere where the gender differences are most extreme. Priti Patel and Nicola Sturgeon may have scraped into the top ten most featured politicians, but these were exceptions in what remains, in the main, a debate between men.

Directional balance assesses the favourability of coverage towards different campaigns and campaigners. We have developed several measures for this aspect of coverage, the first of which quantifies the balance between different stances of the individuals and organisations engaged in the debate.

Figures 4.1 & 4.2 compare the divisions of opinion within parties about the referendum vote, in press and television coverage respectively. 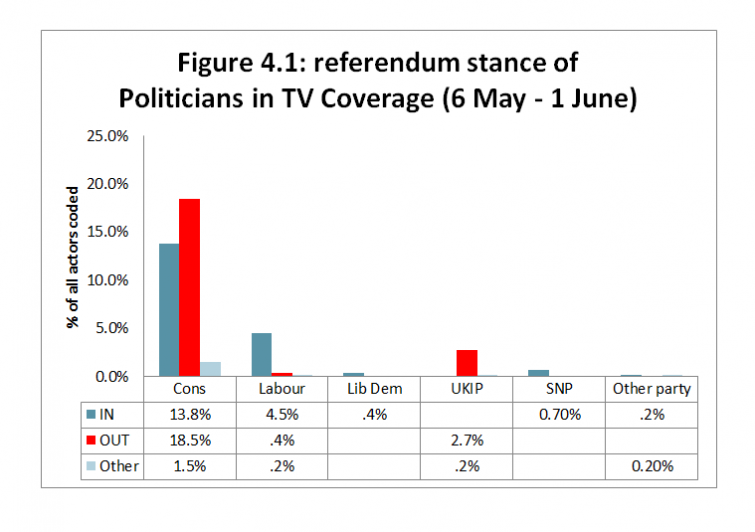 Figure 4.1: referendum stance of Politicians in TV Coverage (6 May – 1 June) 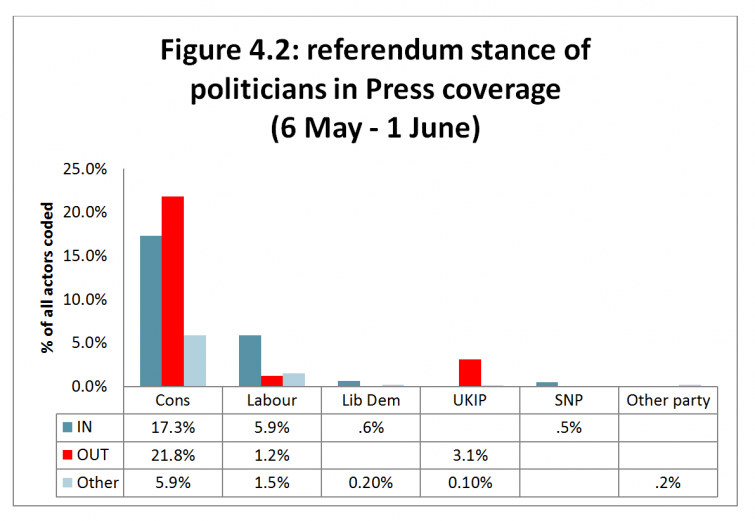 Figure 4.2: referendum stance of politicians in Press coverage (6 May – 1 June)

Figures 4.3 and 4.4 compare the respective stances of a selection of institutions, individuals and organisations beyond the party political sphere. 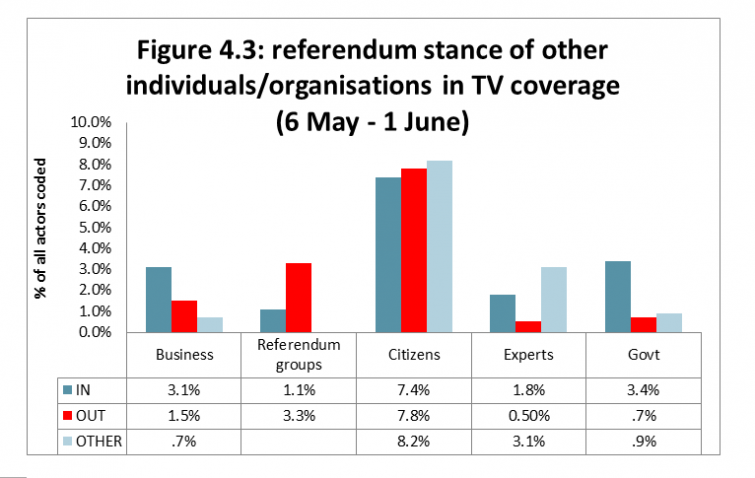 Figure 4.3: referendum stance of other individuals/organisations in TV coverage (6 May – 1 June) 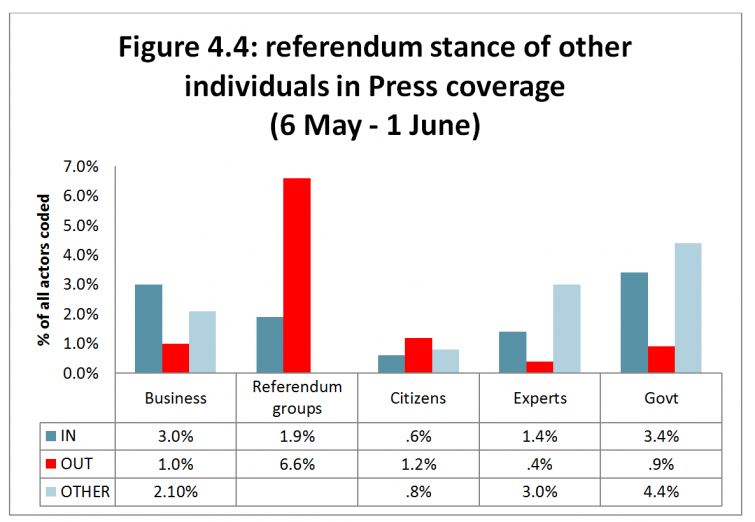 Figure 4.4: referendum stance of other individuals in Press coverage
(6 May – 1 June)

Overall patterns of IN and OUT stances

Figure 4.5 provides an aggregation of the stances of all individuals and organisations featured for the entire sample period. 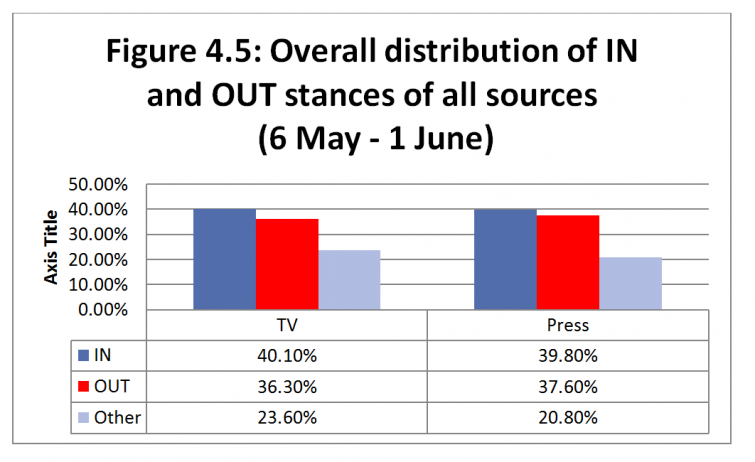 Figure 4.5: Overall distribution of IN and OUT stances of all sources
(6 May – 1 June)

As a further measure, we made an ‘in-the-round’ assessment of the extent to which the evaluative implications of each news item tended to support either IN or OUT positions (in assessing this we considered the dominance of particular news stories and the relative positioning and accessing of political actors within the item.)

The results of this analysis are set out in Table 4.1.

Table 4.1: Percentage of items favouring IN or OUT

Overall individuals or organisations articulating the IN position remained marginally more frequently reported than those supporting OUT across press and TV. TV news coverage remained more favourable to the IN campaign, according to a range of measures. Press coverage remained more favourable to the OUT campaign. The conclusion we made in the first report remains: there are no strong grounds for arguing that any side is ‘winning’ the media war yet in terms of favourability of treatment between 6 May and 1 June.