Loughborough University’s Centre for Research in Communication and Culture partnered with The New York Times and the Open Society Foundations to organize a Central and Eastern European Symposium, a special side event to the 5th Athens Democracy Forum which took place on 13-17 September 2017. Under the auspices of the United Nations, several hundreds of delegates, including some of the world’s leading political and business figures, gathered in the historical surroundings of the Athens’ Acropolis to discuss contemporary state and future of democracy around the globe. Populism and the decline of trust, the rise of alt-right movement, “fake news” and disinformation campaigns, Brexit and future of the EU, or prospects for democracy against the growing risks to global security were among the most frequently debated topics across the panels that featured prominent speakers such as the former UN Secretary General Kofi Annan, the Swedish Minister for Foreign Affairs Margot Wallström, the CEO and President of The New York Times Mark Thompson, or the North Korean defector and human rights campaigner Hyeonseo Lee. 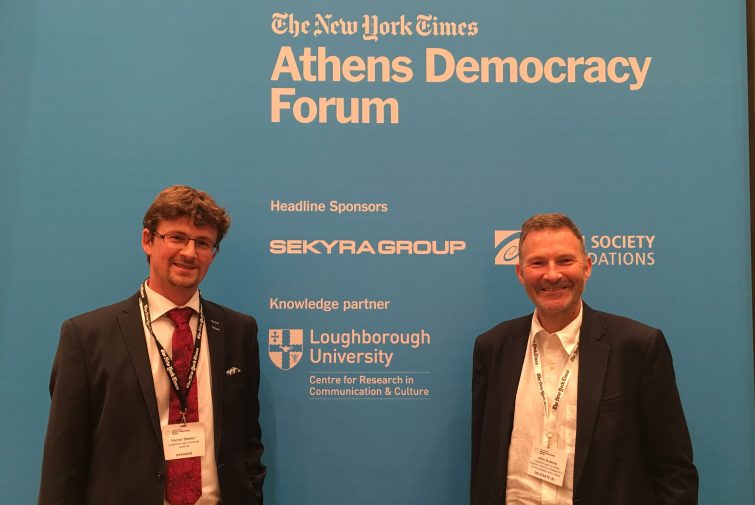 Adding a specific regional perspective on some of the above mentioned issues, the Central and Eastern European Symposium brought together internationally renowned intellectuals and media professionals from the region to discuss the impact of rising populism and authoritarianism on political and media systems in this part of Europe. Speakers included Michael Ignatieff, the Rector of Central European University in Budapest, political scientist Ivan Krastev from the Centre for Political Studies in Vienna, former OBSE representative on media freedom Miklos Haraszti, or the editor-in-chief of the daily SME Beata Balogova. Panels were chaired by Serge Schmemann from The New York Times, Heather Grabbe from the Open Society Foundations and Loughborough’s Václav Štětka from the Department of Social Sciences. 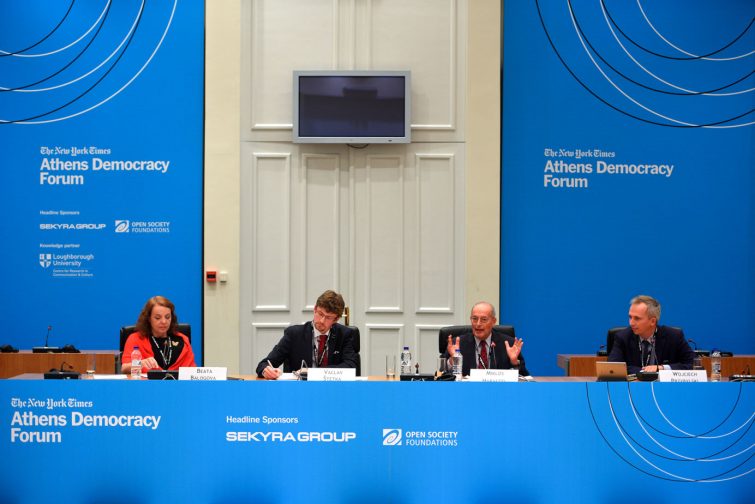 The debate centred around the factors behind the current decline in the quality of democracy across the CEE region, particularly in Hungary and Poland whose governments have been repeatedly accused of developing authoritarian tendencies and attacking key democratic institutions, including the media. The deterioration of media freedom and journalistic autonomy was also discussed in relation to other countries of the region, including the Czech Republic and Slovakia, where the recent entry of wealthy business elites into media markets as well as into politics has put editorial independence of many news outlets in jeopardy.

More photos as well as video recordings from the 2017 Athens Democracy Forum are available here.