Understand the problem you're trying to solve 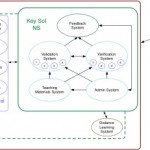 Defining the problem that you’re trying to solve is an important start for any project.

September saw the hard work start on our project. It is very important to understand the problem which is to be solved and what the system needs to be able to do to address the problem.

The majority of the time so far has been spent trying to answer these questions. As there are stakeholders with different backgrounds, different perspectives, the requirements gathered are bound to have different emphases and sometimes conflict with each other. In order to clarify the purpose of the system, the actual requirements must be understood, analysed and prioritised. By doing so, it is possible to see any contradictions and overlaps. Extracting the key requirements can give you a better idea of what the final system might look like.

Through research, it was possible to identify information about components and subsystems which may be of use in the final design, such as NI TestStand and NI Requirements Gateway, Model Verification and Validation processes, experience from previous Teaching Innovation Awards (such as the one run by Dr. Thomas Jun), etc. Designing the actual system and integrating such components is a challenge we’ve yet to face.

Stakeholder consultations has continued in order to further clarify requirements – not surprisingly, new stakeholders were also identified who have contributed to the development of the plan for design and integration.

A provisional version of the final concept for the system has been described in terms of subsystems, inputs and outputs. Wider and Narrower systems have also been identified to help prioritise steps in our systems approach going forward.

Some of the subsystems have clear constraints, such as the administration system and resource system, others will require more work: this is where we will focus our efforts in the next stage, defining and constructing the Test Material System, Teaching Materials System and Validation and Verification System.

Many thanks to Angel Petrov, one of our Systems Engineering MEng students who worked on the project during September and produced this blog post. 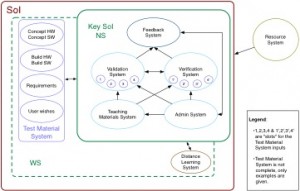 Initial system design, showing some of the proposed subsystems