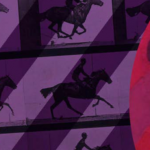 For those of you who have not browsed through Europeana before, and you are in anyway interested in European history, culture, film, etc., you are in for a treat!

Describing themselves in their Factsheet Europeana – facts and figures as “the doorway to the digital resources of Europe’s museums, libraries, archives and audiovisual collections”, users are encouraged to do the following:

“Discover, share in, re-use and be inspired by the rich diversity of Europe’s cultural and scientific heritage. Books and manuscripts, photos and paintings, television and film, sculpture and crafts, sheet music and recordings and much more. From The Girl with the Pearl Earring, to Newton’s Laws of Motion, from the music of Mozart to the TV news of times gone by – you can find it all in Europeana”.

Previous newsletters, as well as newsletter subscription details, are accessible via http://europeana.eu/portal/aboutus_enews.html, while the RSS feed is available at http://blog.europeana.eu/feed/ – also see www.europeana.eu for more details.