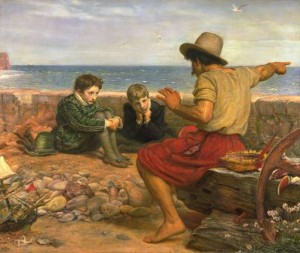 I was not expecting our 2013 LSU Exec video to feature as part of my training day last week at the British Universities Film and Video Council.

As part of a session discussing ‘how to use video to market your university’, a link from a frothing-at-the-mouth article in the Daily Mail took us to this infamous video. How we laughed. Whilst this video received the group’s strongest reaction of the day, and was so bad technically as to make the pro videographers (and anyone with a love of music) beg the presenter to stop it, it did highlight one of the main points of the day: authenticity.

It was clearly an attempt to make potentially dull message (‘What Goes On In The Student Union’) interesting in a YouTube style. They made a ghastly mess along the way, but because they made it themselves (no actors…) and were clearly having fun and outside their own creative comfort zones, you could excuse it. Kind of…

We then watched the 2014 version, which immediately showed better production values and was judged to be the kind of thing the 2013 exec had been trying to pull off. Again, whilst cheesy, it was their own cheese. They weren’t hiding their faces or using more conservative techniques so the levels of authenticity were still high. When a message’s authenticity is clear, it improves the video’s chances of it being watched all the way through.

The course was mostly about recognising and understanding what makes video a good medium for educators. In short, it needs to connect with (prospective) learners, engage them and leave them changed in some way. Where video fails is when audience and presenter needs are forgotten. Placing an academic in a small office with a camera in their face and making them go through a PowerPoint stack was demonstrably not the way forward. Alternatively, TED Talks benefit from high production values, but they work because the presenter is motivated, the (live) audience is keen (and gives feedback), there’s usually a clear narrative flow and no audience members perish by PowerPoint.

The narrative flow comes from 5 Ws and an H:

As we all critiqued and pored over each of these during the day via the medium of YouTube, I came away with the following thoughts:

Did I say short report? Apologies for length, but it was a useful and though-provoking day.